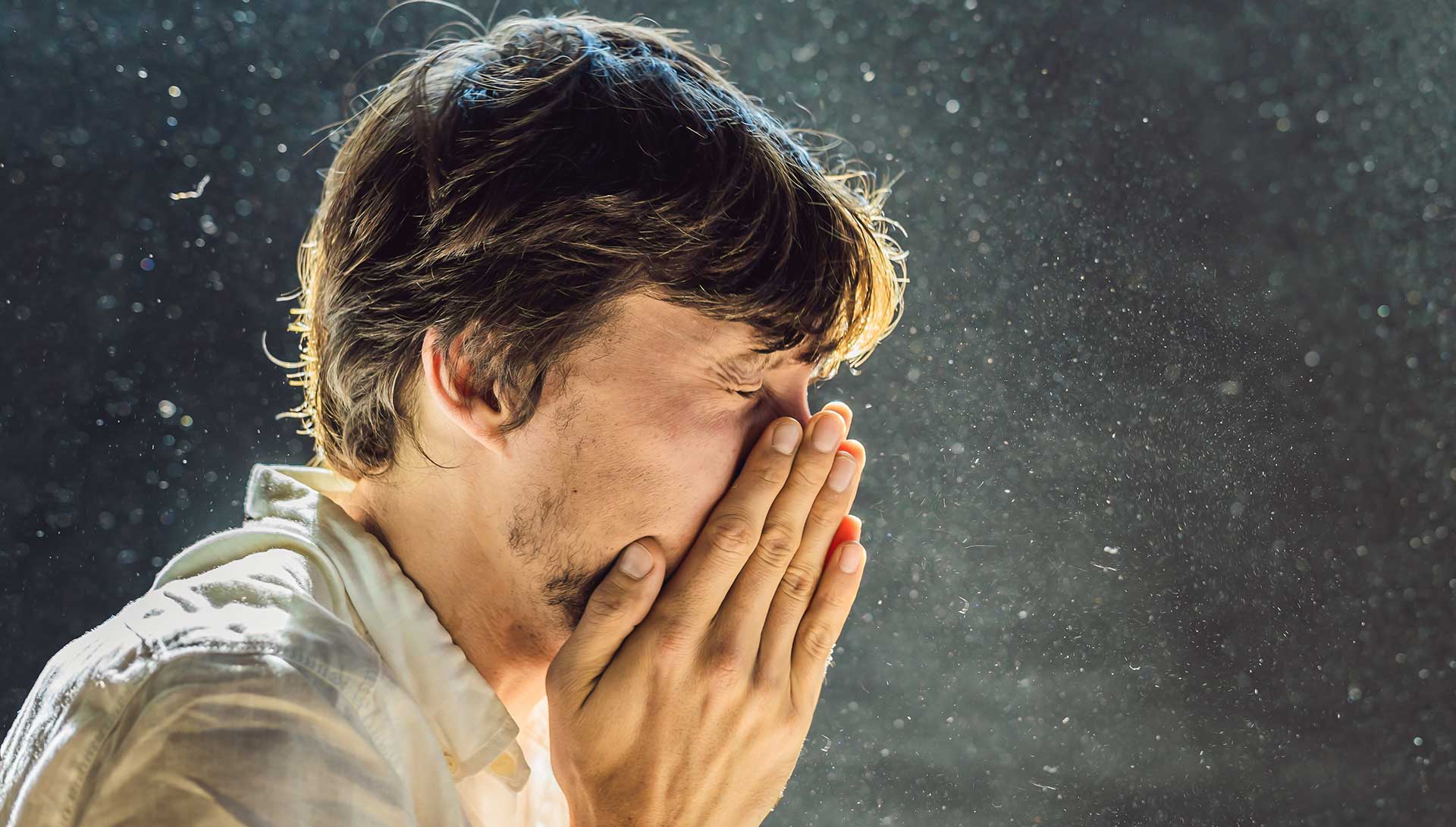 The role of histamine in allergy is well-known. What may be less well-known or considered is that histamine can negatively impact immunity.1 During the histamine response process, inflammatory cytokines, including IL3, IL4, IL5, IL8, IL13, TNF-alpha, and prostaglandin E2, are produced and circulate through the system, causing inflammation, allergic symptoms, and in some cases, histamine intolerance.2 The deleterious effects of this process, when overactive, may be chronic unresolved inflammation and compromised immunity.1 2

Does an Overactive Histamine Response Increase Susceptibility to Infection?

Under continuous exposure to antigenic environmental factors, the immune system is likely to become imbalanced. When this occurs, the body can become more susceptible to infection and autoimmunity.3 4 5 Some of this can be explained through the Th1/Th2 immune responses:

Within the adaptive immune system, there are two main mechanisms of immunity taking place: cell-mediated immunity (does not involve antibodies) and humoral immunity (involves antibodies). Th1 cells are involved in cell-mediated immunity to fight against viruses, parasites, and intracellular infections via activation of phagocytes, antigen-specific cytotoxic T-lymphocytes, and the release of various cytokines. When Th1 cells are suppressed, an increased risk of intracellular injury and viral infection exists.1 6

Th2 cells are involved in humoral immunity, which is mediated by antibody molecules that are secreted by plasma cells. These helper cells mediate antibodies extracellularly to protect against infection.1 Some individuals have a Th2-dominant immune response, as commonly seen in autoimmune patients. Because of Th2 dominance, individuals often experience exacerbation of existing allergies, development of new allergies, and a compromised immune response. Th2 dominance is even thought to be the underlying cause of many autoimmune diseases.1

Histamine is a common trigger for acute immune-mediated reactions in the lungs through:

Specifically, the histamine response causes inflammation in the lungs through enhancing secretion of Th2 cytokines (IL-4, IL-5, IL-10, and IL-13), and inhibiting the production of Th1 cytokines (IL-2, interferon-gamma, and IL-12). As the histamine response causes inflammation and mucus accumulation in the respiratory tract, susceptibility of lung tissues to viral and bacterial infection increases.4 7 Thus, proper histamine control may help to lower risk of respiratory infection.

The gastrointestinal (GI) system is home to roughly 70% of the body’s immune potential, namely through gut-associated and mucosal-associated lymphoid tissue.8 The gut is site to many important immune-mediated mechanisms including:

How to Limit an Overactive Histamine Response

There are various contributing factors to the amount of circulating histamine levels in the body, including:

To effectively reduce the levels of circulating histamine, each of the above areas should be investigated. In addition, targeted nutritional compounds can also help to mitigate inflammatory pathways initiated by the histamine response.*

Nutritional Compounds That May Help Reduce Effects of Histamine*

Quercetin, may modulate inﬂammation in the airway, inhibit histamine production, and limit viral replication in an innate immune response.* 10 11 Mangosteen and stinging nettle both inhibit binding of histamine to the H1 receptor.* 12 13 Butterbur may regulate muscle contraction within the airway and cardiovascular system.*14 Ginger supports proper blood circulation, aids in digestive processes, and inhibits the production of inﬂammatory cytokines (IL-1 and TNF-alpha) involved in immune reactions.* 15 In addition to its well-known anti-inflammatory benefits, curcumin inhibits histamine release from mast cells.* 16

*This statement has not been evaluated by the Food and Drug Administration. This product is not intended to diagnose, treat, cure, or prevent any disease.

The nutritional support discussed herein applies to seasonal environmental allergies and should not be used to treat, cure, or prevent acute or chronic food-protein related allergies, such as peanut allergy.